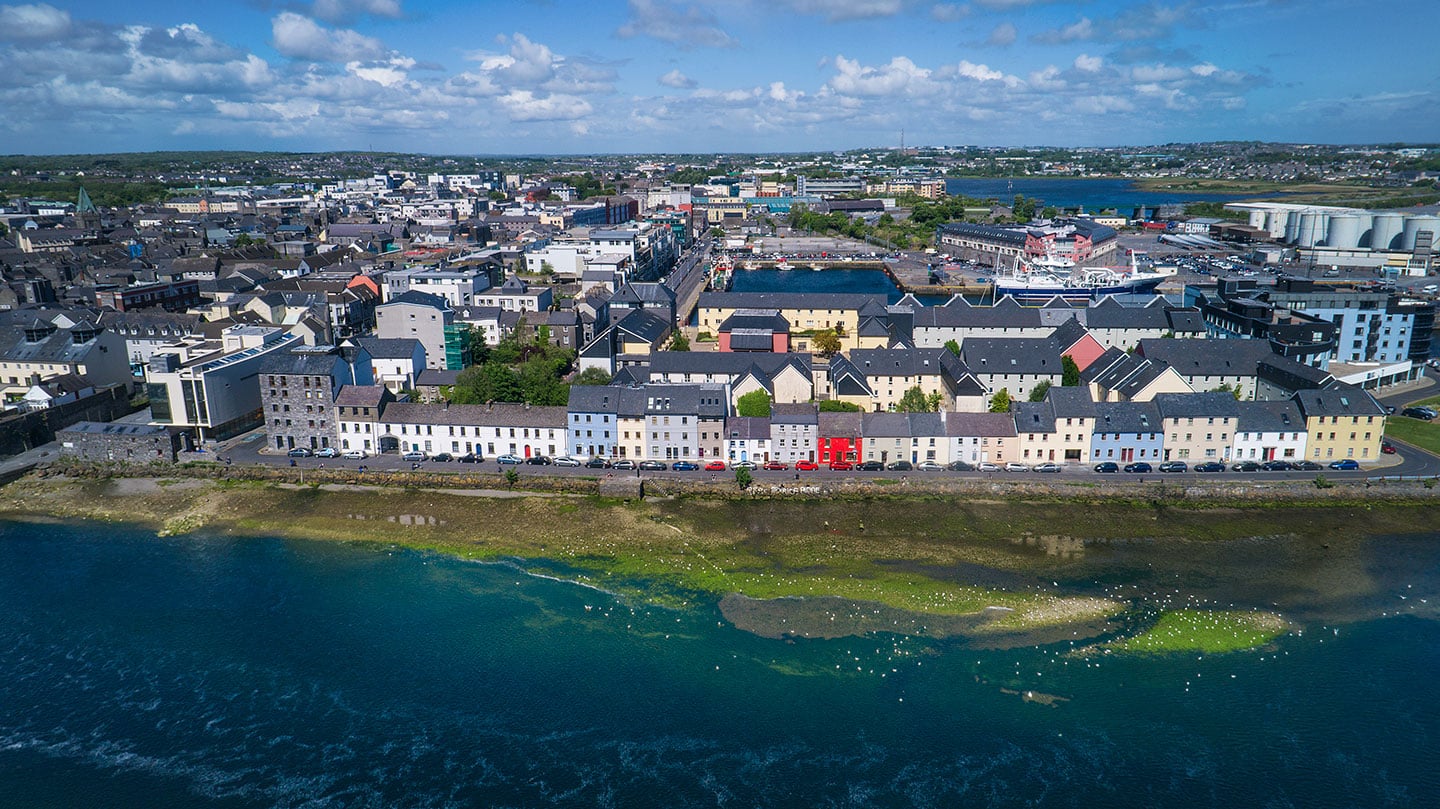 Galway’s MedTech Industry at a Glance

Read on to find out more… 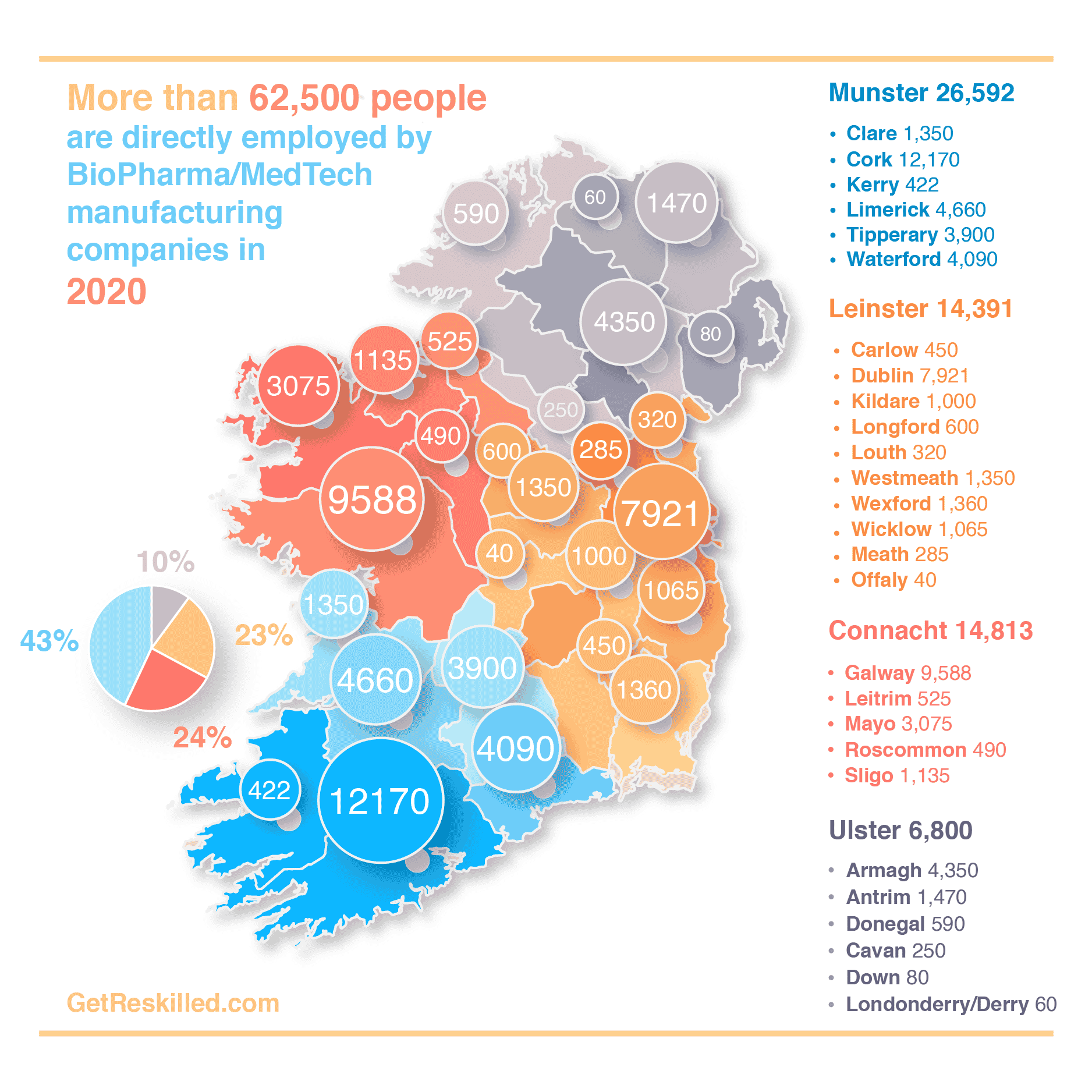 We are continually updating this page and try hard to keep this information as accurate as possible. But if you know of a company we’ve missed or see data that needs correction, please contact us.

BTW, if you are interested in a career in the Pharmaceutical or Medtech industries or are considering upskilling for a better job or a promotion, check out our range of pharmaceutical courses.

There have been several investments and job announcements in Galway recently. Some of the most significant include:

Boston Scientific is the 13th biggest MedTech company in the world (based on 2019 revenue).

The Galway manufacturing site was established in 1994 and is now the company’s biggest site in Ireland. It is also Boston Scientific’s largest manufacturing facility globally and produces over 4 million devices a year. Products include catheters, biliary stents, and drug-eluting stents.

In 2015, Boston Scientific was the 14th highest exporting company in Ireland, exporting products worth €4.1 billion.

The Galway site is also the company’s European Innovation Centre. In 2017, a €17m investment was announced to launch a new “RoadRunner” endoscopy design facility.

Creganna was established in Ireland in 1979 and entered the medical device industry in 1998. By 2003, medical devices were the sole focus of the company. Today, Creganna Medical specialises in the design and manufacture of delivery and access devices, as an outsourcing solution for many of the world’s top medical device companies.

In 2017, a $13m investment in the Galway site was announced by parent company TE Connectivity.

Medtronic is the biggest MedTech company in the world (based on 2019 revenue) and they research, develop and manufacture medical devices, with a focus on chronic conditions. Every 5 seconds a patient’s life is saved or improved by a Medtronic product.

Medtronic has had a presence in Galway since 1999. The Global Manufacturing and Technology Development Centre is now a centre of excellence within the company – combining research, development, and manufacturing.

In 2015, Medtronic was the 3rd highest exporting company in Ireland, exporting products worth €16.7 billion. In 2016, the company won Medtech Company of the Year at the Irish Medtech Awards.

The next year, Medtronic purchased Galway-based Crospon Limited – a medical device company with a focus on gastrointestinal disorders. Most recently, in late 2018, the company was given permission to expand its Galway campus with a two-storey extension.

In this video, you can hear more about why Medtronic chooses Ireland, as well as the operations in Galway.

Merit Medical has had a presence in Ireland since 1993.

The company is headquartered in Galway and now has two facilities in the county (after a $25m investment in a new site in 2012), which carry out research and development activities as well as manufacturing over 9 million devices per year.

Merit Medical was awarded Medtech Company of the Year 2018, at the Irish Medtech Awards.

In 2012, the company announced an annual investment of up to €76m for 5 years as it expanded both its Dublin and Galway facilities.

By the end of 2015, the company had expanded the manufacturing, packaging, and quality control capabilities of the site.

Viatris was formed in 2020 after a merger between Mylan and Upjohn.

The Galway site now produces two devices containing hyaluronic acid, in vial and syringe format. One is used to treat interstitial cystitis and one is used to treat muscular and skeletal inflammation and pain. These products are exported to countries around the world (but not the USA).

Zimmer Biomet is the 15th biggest MedTech company in the world (based on 2019 revenue).

The company has had a presence in Ireland since 2007, with a manufacturing site in County Clare.

In 2015, the company announced a €51m investment to build a second manufacturing site for orthopedic implants, in Galway. The new site was predicted to create 250 jobs over the following five years.

Chanelle Pharma is the largest Irish-owned generic pharmaceutical manufacturer, producing both human and veterinary medicines. The company’s Irish-made products are exported to over 90 countries.

In September 2018, Chanelle Pharma opened a new €10m manufacturing facility at their Galway site to produce Spot On, an anti-parasite treatment for cats and dogs. At the same time, they announced a further €86m investment which is expected to create 350 new jobs at the site over the next 5 years. Part of that investment is to build a facility that will produce liquid and paste products for the US market.

Find ALL of Galway’s Pharmaceutical and Med Device Factories on this Interactive Map.
(Best viewed on a Desktop or Tablet)

No previous industry experience or science or engineering background?
Start with our Conversion Course into Pharmaceutical Manufacturing to retrain for an entry-level job.

Already working in the industry and want to upskill for a better job or a promotion?
View all Online Pharmaceutical Courses